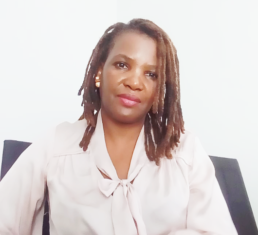 She offers niche technical and support services to development and social impact projects.

Ms Ntshwanti has experience in education, community development and social research which spans over 23 years in various but interrelated
roles. She has spent the last 2 decades of her career working in different projects with different government departments, donors, NGOs on education, training and development projects.

Her work experience in development consulting, social research assignments have helped increase her understanding of development needs, as well as the understanding of the various intervention approaches and their impact relating to social and community development. She has worked in all of the South African provinces, mainly within rural communities allowing her the opportunity to effective establish stakeholder engagement
techniques and approaches. Further, her career has exposed to community development, and organizational development approaches including managing change and effectively transition of Human Resources, especially in civil society organisations. Her experience spans general advisory services, programme design, programme management, project research, capacity
building programmes.

She is passionate about social change and the potential to build self-sufficient and sustainable communities.
Qualifications: 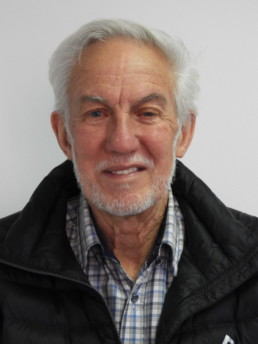 Neville’s passion throughout his life (besides being an enthusiastic sportsman – he still plays a mean game of tennis) has been education.

He graduated from the Johannesburg College of Education in 1962, and thereafter taught Mathematics and Geography at various South African schools and in England. In 1975 he was appointed Vice-Principal at Mondeor High School in Johannesburg, and in 1979 became Principal at Lyttleton Manor High School. He has been marking matric papers since 1977.

While teaching others, he also bettered his own education, completing courses in management training in education, management and skills techniques and achieving a post-graduate BA Honours degree in 1987.

Between 1993 and 1997, Neville served as a Superintendent for the Department of Education in the West Rand. With the advent of democracy in South Africa, Neville was appointed as a member of a two-man commission to evaluate four education departments (black, white, coloured and indian) and to formulate a strategy to establish one, multiracial department with a suitable examination system.

In 1995, he was seconded to resolve conflicts in school management in Dobsonville, Meadowlands, Zola and Kagiso. He was also appointed to a Board of Commissioners to evaluate the credibility of the matriculation examination.

In 1997, Neville was appointed as a consultant to Mintek and developed and expanded the MAP programme. By 1998, the MAP College had outgrown the capacity that Mintek could offer, and this led to Neville registering a non-profit trust called Edumap Education Development Trust.

Between 1998 and 2004, Edumap College was located in the Johannesburg College of Education Campus. It was aimed at the upgrading of mathematics and physical science by providing academic enrichment courses to students from disadvantaged backgrounds. The College relocated to a campus adjacent to Jeppe High School for Boys in Johannesburg, in 2005, where it continues to do excellent work based on a transition model from secondary school level to tertiary level. This has ensured a 99% success rate at tertiary for the students who have attended Edumap College.

Neville was appointed a trustee of the South Deep Education Trust and the South Deep Community Trust in 2014, and was elected chairman of both trusts in 2016 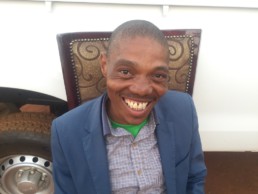 Tebogo was born in Waterval, Westonaria, an impoverished mining community on the West Rand, in 1979. His mother has been a pillar of strength in his life and his father was mine and farm worker guided his interest in helping others and building the communities he calls his home.

Tebogo has been dedicated to working with communities in order to introduce and develop upliftment and poverty alleviation projects in the Westonaria communities for almost 20 years. This all started in 1998, when he was the CEO of Sinqobile Community Development.

In 2000 he joined the South African National Civics Organisation (SANCO) – a non-profit, and non-political civic organisation, with a goal to introduce and grow SANCO in the local communities. From 2002 to 2017 Tebogo served as Chairperson for SANCO sub-region covering the greater Westonaria. In 2017 he was elected as HOD for SANCO’s Gauteng Province Public Transport and Roads Portfolio.

Tebogo has helped to facilitate many projects in the community including the Borwa housing project which included conflict resolution, stakeholder engagement and facilitating local supplier appointments and skills development. Up to date, almost 2 000 houses have been built and another 8 000 are envisaged. He was also actively involved in ensuring the Sedibeng students from Westonaria could complete their education by facilitating funding from various trusts and stakeholders in the area.

Currently he is the also the Chairperson of the Randwest Stakeholders Forum, and represents that forum at the newly-established Round Table, where representatives from the community, the mines including Gold Fields, the South Deep Trusts and the municipality caucus to ensure they work together for the upliftment of the community.

Given Tebogo’s active community leadership roles, he does not have a lot of time for personal pursuits, but he hopes to study short courses in community development, business and public governance. 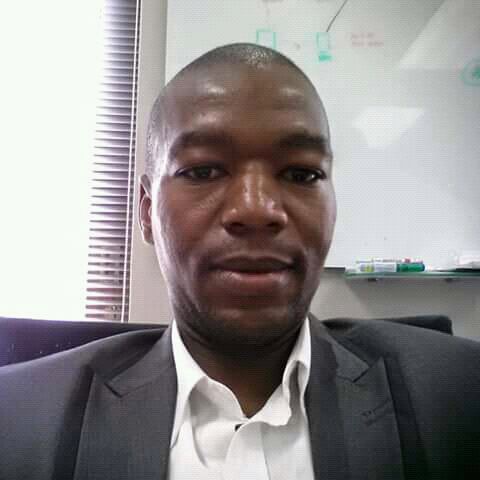 Abraham (or Abi, as he is affectionately known) was born in Bekkersdal, an impoverished mining community on the West Rand, in 1982. He says that he was raised by a village, and that he draws his strength and knowledge from the spirit of Ubuntu and the value systems portrayed by the elders in his community.

Abi is a well-known face in Bekkersdal and surrounding communities. He is a community activist with a passion for community development. He has integrated his social conscience with a head for business, having established and run a number of commercial enterprises, including Mokome Industries (Pty) Ltd and Isandla Limited.

Abi is currently studying a Master of Business Administration through the Australian Institute of Business.

He is the secretary of the Randwest Stakeholders Forum, and represents that forum at the newly-established Round Table, where representatives from the community, the mines, the South Deep Trusts and the municipality caucus to ensure they work together for the upliftment of the community. 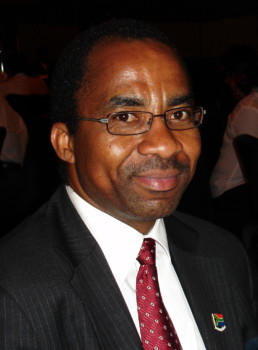 Alex Khumalo is the Owner and Chief Impact Officer of Lean Logic Solutions.

Alex previously worked for Anglo American Platinum responsible for community engagement strategies in host communities. Prior to that, he was a Project Manager of the community empowerment Alchemy initiative, also at Anglo American Platinum, which included setting up community development trusts in the company’s host communities. He has also worked for the Scaw Metals Group and Holcim South Africa (now AfriSam), both based in Johannesburg. While living in Beijing, China, he played a leading role in the establishment of the Asia Pacific South Africa Chamber of Commerce.

His qualifications include a BA degree in International Relations and Political Studies from the University of the Witwatersrand, a Postgraduate Diploma in Management (PDM) and an MBA, both from Wits Business School (WBS). He also holds a Certificate in Business Project Management, also from WBS.

Lean Logic Solutions provides advisory and consultancy services on socio-economic development and transformation strategies, including identification of opportunities for development, planning, co-funding of initiatives, implementation of identified projects and programmes, and the monitoring and evaluation of outcomes and impacts.